What might happen if your community were to rethink the “unrethinkable”? What could we enable if, at a local, social level, we reinvented value exchange… rewrote the rules of money?

As services struggle for funding and greater collaboration between citizens is required to enhance social wellbeing, Context Studio was delighted to facilitate a visit to Dublin by dyne.org foundation as part of the EU Commonfare project. 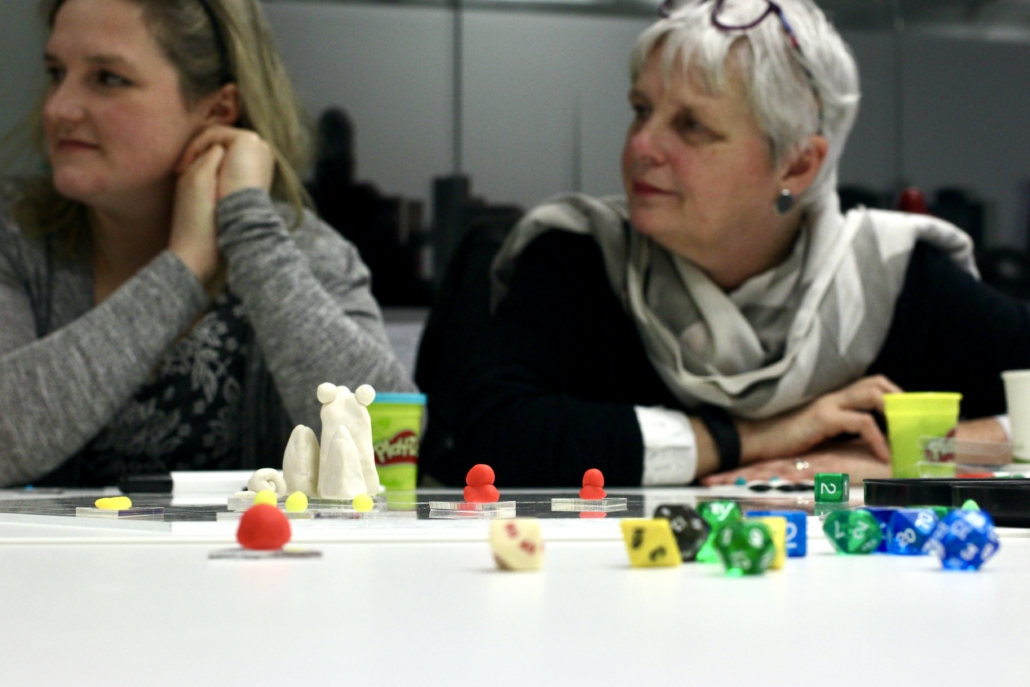 First “Le Grand Jeu” a captivating board game with elements of role playing, monopoly, democracy and much more. Together in groups, and led initially by the games master Federico Bonelli (dyne.org) we played through multiple scenarios including pressing environmental challenges, individualist capitalist economies and environmentally conscious business communities.

Conversations inspired great debate and consideration of the conscious and unconscious biases everyone brought to the table, and some uniquely Irish nuances were thought to emerge too!

For example – though we aspire to be a welfare state, many of the games played out a deeply capitalistic economy. While the businesses which were simulated were environmentally conscious and socially oriented, the societies within the game did little to provide a social floor. Is this reflective of the Irish psyche? Is it the product of life in post Celtic-tiger Ireland?

In one unique game, perhaps acknowledging the threat of climate chaos and the recent spate of wildfires in Ireland, a new element was added… the constant loss of land to a spreading wildfire on the board. 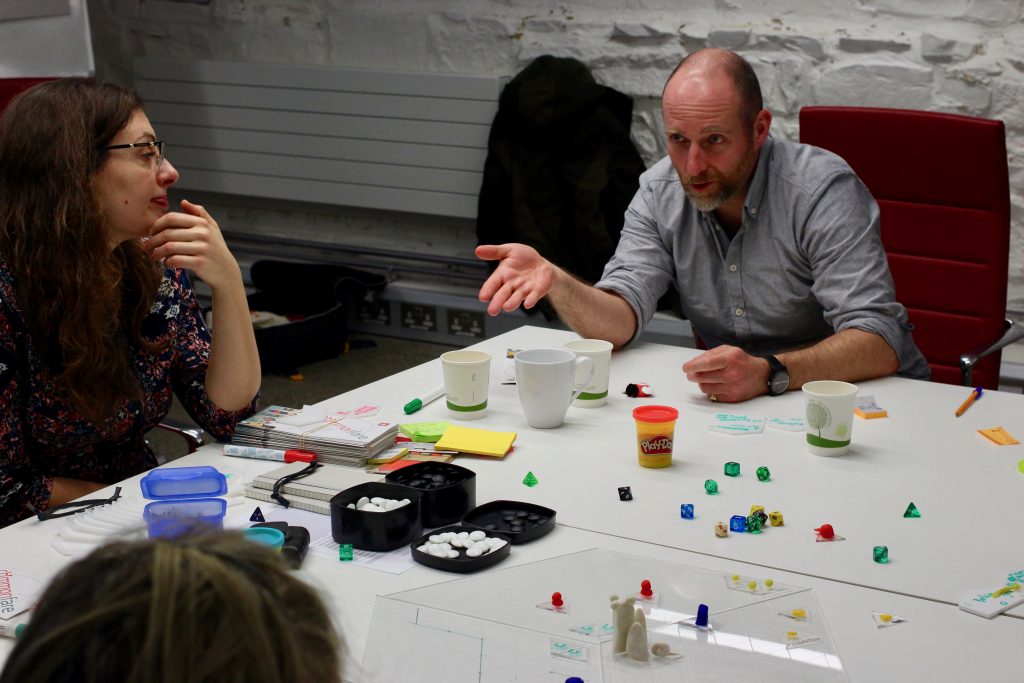 The Dublin games progressed through lots of lively debate.

Explorations in the game world were later followed by explorations in technology with Aspasia Beneti demonstrating the SocialWallet api which can enable any community to set up their own digital currency (cryptographic or otherwise) and to begin trading.

The software, which has been developed by Dyne, is completely open source and available to communities in Dublin right now. Indeed, as part of commonfare.net, a European Commission funded collaborative project which includes Le Grand Jeu and SocialWallet initiatives, there is now a DublinCoin and a group of Dublin participants waiting to deploy SocialWallet for their own use cases.

Indeed, following the workshop the very first “DubCoin” was distributed among the group using the Commonfare platform. We await the use cases for Dublin’s newest currency!

The result of this visit by dyne.org was a fantastic two days of collaboration and thanks must go to The Digital Hub, for hosting us in their fabulous facilities and Taja Naidoo for assistance in bringing Dyne to Dublin. Our new friends from Dyne and Commonfare deserve thanks for choosing Dublin as the next destination for their work. Additionally, the wonderful participants from across the city who participated and contributed for two days of discussion.

Demystifying Design in the 21st Century

Design Thinking for Services in Copenhagen & Singapore
Scroll to top