Studio Notes | What We’ve Been Up To

In early August, as part of CIID Summer School, our own John Lynch collaborated with Shu Yang Lin to bring a 5 day workshop in “Design for Policy Making” to the UN City in Copenhagen. 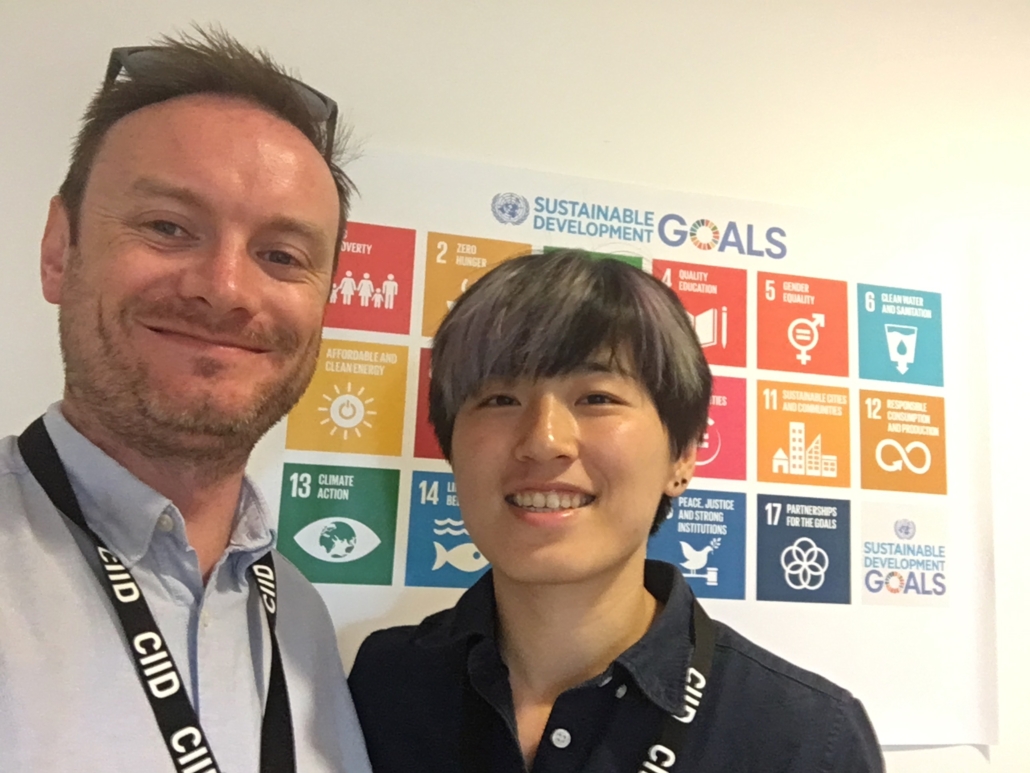 John & Shu Yang – energised at the beginning of the week and clearly excited to be at the U.N. City!

A dynamic group of international participants, some designers, some policy makers, bravely embarked on an exploration into the ways that design methods might inform policy making practice.

The week was not without it’s challenges – as a group we were some of us very experienced designers, and others, more experienced policy makers. This made it somewhat difficult to meet the needs of both groups in upskilling and practice. 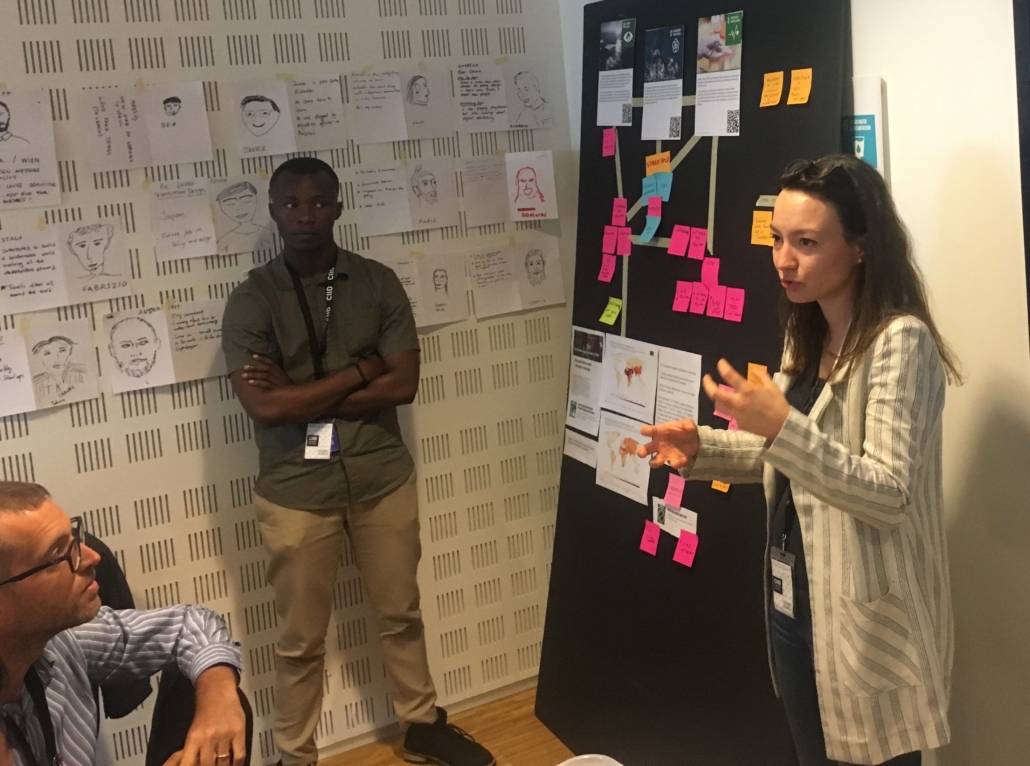 Presenting insights, synthesised from research conducted online, at U.N. City, and in the streets of Copenhagen.

That said, it was precisely that dynamic which allowed for rich peer-to-peer learning as we explored this exciting area of design.

Shu Yang brought tonnes of experience from her work with the government of Taiwan, including her early activism with the “Fork the Government” series of digital initiatives.

John brought examples from projects in the UK with Future Cities Catapult as well as collaborations with municipalities in Denmark, Spain, England and Scotland.

Additional expertise was provided by a series of fantastic guest speakers, some in person, some via video link. We were joined by Jesper Christiansen (NESTA), Fiona Pelham (Positive Impact Events), Simon O’Rafferty (M.Co) and Shane Waring (Dublin City Beta Projects). 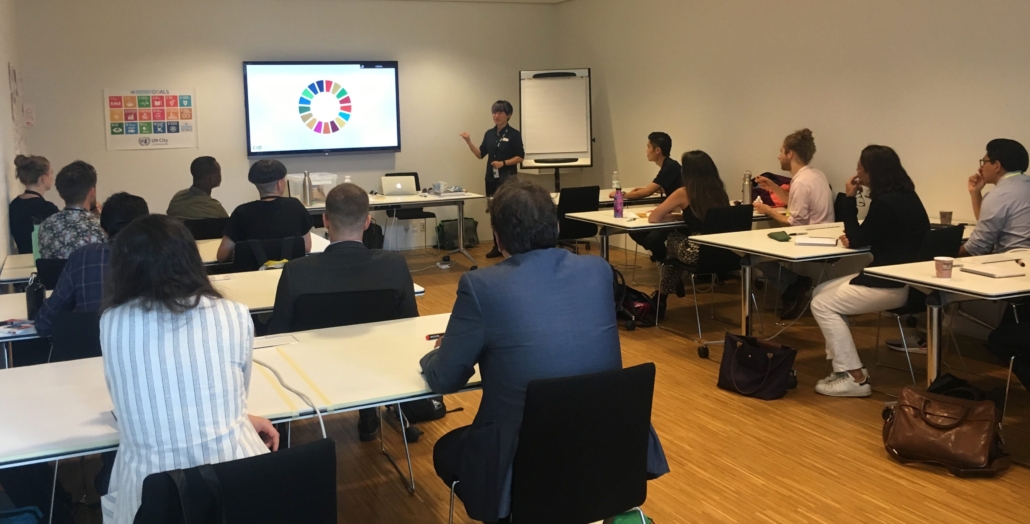 Shu Yang Lin introduces the U.N. SDG’s at the beginning of the week.

From research conducted on the UN Sustainable Development Goals, through citizen engagement and into a policy lab-style brainstorming session, it was an action packed week. Prototyping meant policy ideas could be tested on the streets of Copenhagen, with the week wrapping up with the votes of our mini-parliament at Summer School in the atrium of UN City. 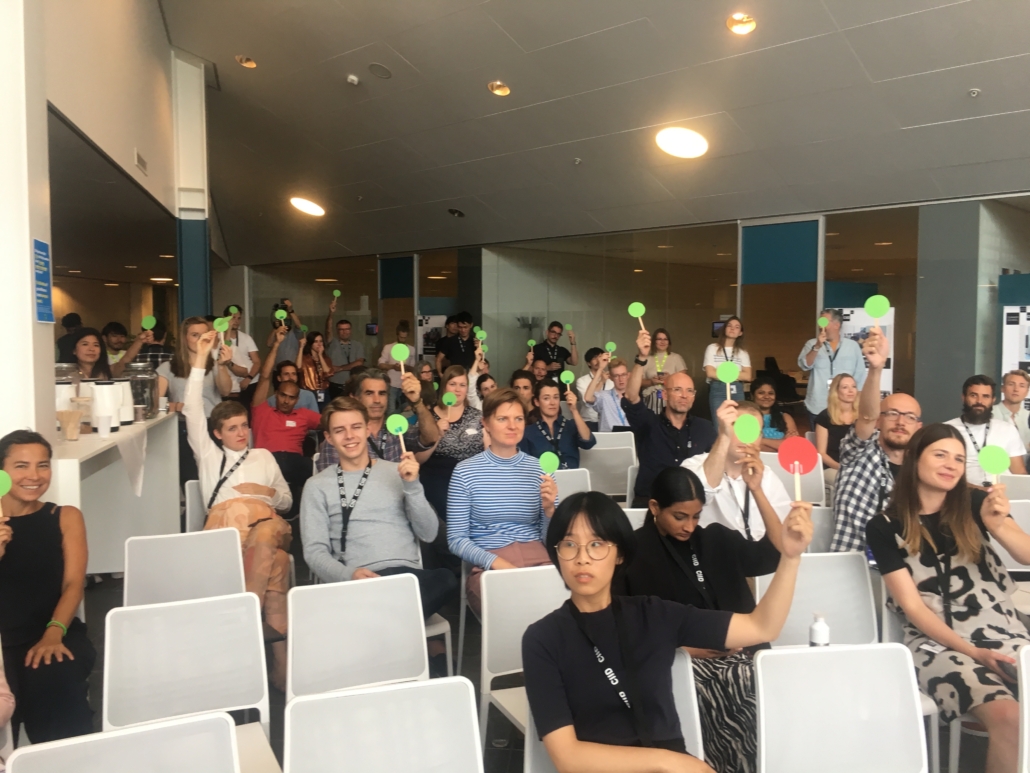 Putting policies to the test in our mini-parliament.

A lot was learned – and there’s a lot we will change if the opportunity comes again to run such an interesting workshop.

But one thing’s for sure… we worked for a week with a great group of people who are fascinated by the power of design to help create better policy, and they’re now connected and sharing their efforts in a way that can only help advance the practice.

This site uses cookies. By continuing to browse the site, you are agreeing to our use of cookies.

We may request cookies to be set on your device. We use cookies to let us know when you visit our websites, how you interact with us, to enrich your user experience, and to customize your relationship with our website.

Click on the different category headings to find out more. You can also change some of your preferences. Note that blocking some types of cookies may impact your experience on our websites and the services we are able to offer.

These cookies are strictly necessary to provide you with services available through our website and to use some of its features.

Because these cookies are strictly necessary to deliver the website, refusing them will have impact how our site functions. You always can block or delete cookies by changing your browser settings and force blocking all cookies on this website. But this will always prompt you to accept/refuse cookies when revisiting our site.

We fully respect if you want to refuse cookies but to avoid asking you again and again kindly allow us to store a cookie for that. You are free to opt out any time or opt in for other cookies to get a better experience. If you refuse cookies we will remove all set cookies in our domain.

We provide you with a list of stored cookies on your computer in our domain so you can check what we stored. Due to security reasons we are not able to show or modify cookies from other domains. You can check these in your browser security settings.

We also use different external services like Google Webfonts, Google Maps, and external Video providers. Since these providers may collect personal data like your IP address we allow you to block them here. Please be aware that this might heavily reduce the functionality and appearance of our site. Changes will take effect once you reload the page.